At Forest Way Zen and the Way of the Forest Hermitage in Doonan, Sunshine Coast, we practice Zen in the Soto style while maintaining our Diamond Sangha heritage. All new students should arrange an introductory meeting, enabling them to make an informed decision about Zen and understand its relevance in the 21st century, before attending their first meditation sitting.

How did I find Zen?

When I started Zen Buddhism, I was looking to find peace in my life and to find a way out of my suffering. I had no idea of a  philosophical system, or system of change, or a doctrine of how to live, or a moral code or somehow find an everyday practice guide. I was looking at Zen as a way of quieting my mind.

I had been exploring many modalities to help me work with the situation of a very unhappy marriage. I practiced Transcendental Meditation ( TM ) and loved the meditation. I took up karate before this and I was consumed by it. This was about the time I met Subhana in 1976 and did my first class with her.

We moved to Queensland in 1988 and  joined the Brisbane Zen Group. We did not have a resident teacher in Brisbane for about 4 years. We tried  different people from the USA and from Australia. But we always sat with great commitment. I now think of these early days as Solider Zen. Any noise or any movement was countered by a request from the leadership team to resist moving or making a noise. Coming from my stern karate world this was not hard for me.

The Brisbane Zen Group was a good place to practice Soto Zen.  I started doing a Soto style which Joko Beck was teaching at the time. I did not meet her, but Gregg Howard carried the teaching until he became officially the teacher in The Brisbane group. I began to do shikantaza meditation and silent Illumination. Later as I practiced with the Ordinary Mind School in Brisbane, I began to understand some of the liturgy and realized the overwhelming suffering in the world. One of the practical applications of zen is to work with people who are suffering, and I started to use mindfulness meditation  with my  psychotherapy clients and those who had a life-threatening illness.

I enjoyed working with Roselyn Stone Roshi from Canada for a couple of years and loved her koan work. She was one of the teachers who came to Brisbane and she had a great sense of humour and I really appreciated her openness.

I read sparingly at this time as was the tradition in the Ordinary Mind School during Sesshin and  Zazenkai. My practice became stronger and I enjoyed sitting. I did a lot of “Just Sitting” when I was on the Sunshine Coast when Subhana moved to Sydney. I got down to Sydney as often as I could to attend sesshin.

Living in an Australian Zen Monastery

During 1995 and 1996 I had to move to Brisbane for work and I was lucky enough to live in a Zen Korean monastery for 12 months. I started to think about ordination about this time. It seemed to me that it was a productive thing to do and I thought it would give me a deeper commitment. In 1996 I went to Hawaii to practice with  Robert Aitken Roshi for his last ango and sesshin. I discussed going further in Zen with Roshi and after my conversation I put the issue of ordination aside.

I have always understood zen from my inner knowing like an intuitive way of knowing. Reading about zen helped  me understand some of the insights gained when I was sitting in Shikantaza. I developed an intuitive process of learning during my master’s program as an un-written zen work. I was writing about zen in my  assignments, but much of what I was writing came from my zen story and  my way of narrating this story was not articulated in a zen way. I knew zen was impacting on my life.

I chose to exclude using zen as a philosophy in my psychotherapy work, but I found in learning conversations and other processes zen had a great impact on me. I was happy to call Zen Buddhism, a practice, a philosophy, and a religion in the early days. That all changed as I practiced  zazen. Zen became a practice for me. I began to understand the Four Noble Truths.

The Four Noble Truths and the Eightfold Path

The Buddha’s first teaching about The Four Noble Truths partly  explained why I found my home in zen. Some zen students will always find the Buddha way difficult. But I found great calm and my fear of death seemed to drift away. Most of us have a degree of suffering in our life. This is the existential truth of our life. We will die and we will see many loved ones and friends die. The Buddha declared that there is a reason for suffering and there is a way out of suffering. This is a teaching that I felt I needed to explore more in my practice. This became a background echo in my mind as I thought about going further into zen. Ordination became a notion that reappeared often.

I found a place for mindfulness meditation and read widely about it. I was interested in Jon Kabat- Zinn and found that his mindfulness process was easy to teach other people. I was working in psychotherapy and then  eventually palliative care and cancer care. I found a way of using mindfulness outside of Buddhism. I researched many of the papers on mindfulness and  I then put together some observations of how effective mindfulness is in working with fear, grief, and loss.

During this time while I was studying mindfulness for use in  psychotherapy, I began to see how people could gain from practicing mindfulness meditation in  controlling their anxiety suffering and pain. This connected me back into my own zen practice. I realized the  ultimate benefit was finding my  own true nature and understanding my  place in the universe. My mind told me to come back to the world of ordinary people. I felt that was about ordination.

The Noble Eightfold Path lays down an ethical process to follow while we are in the early days of our practice. This may embody a period of reading and forming an intellectual understanding of moral aspect. This period in my practice was  philosophical and partly  religious. The 16 Precepts form the other side of Zen Buddhist ethics. This ethical aspect of zen informs my understanding of what ordination means to me.

My passage through zen has always been a very intimate process. I continue to connect  with the things that I  have tried to hide from in the past.  Zen is doing its real work now for me. The question of ordaining which had always been an issue for me reappeared again and again in my mind. But through ignorance and misunderstanding I never pursued  it diligently.

I found Dogen’s teaching useful when I had  no teacher close to me. I spent most of my time doing Shikantaza or what I later learned was silent illumination. I had always used just sitting but it was becoming my main practice. I was encouraged by the words of Dogen Zenji from the Genjo Koan,

To study the self is to forget the self.

To forget the self is to be enlightened by the ten thousand    dharmas.

To be enlightened by the ten thousand dharma is to free one’s body and mind and those of others.

No trace of enlightenment remains, and this no-trace continues endlessly.”

Dogen’s work after he returned from China helped me explore  the practice of just sitting and silent illumination. Okumura’s translation of Dogen’s work in “Realizing Genjokoan” and “The Mountains and Waters Sutra”, and Tanahashi’s  “Treasury of the True Dharma Eye” and “Moon in a Dewdrop” allowed me to see the beauty in Soto Zen.

I have worked with many students during their passage through the Mumonkan. I became aware of Guo Gu in 2016 and  began to read his beautiful book “Passing Through the Gateless Barrier”. My students read this book after each koan and it was rewarding for them. Guo Gu mentioned his teacher Master Sheng Yen and I read his work on silent Illumination which has continued to help rethink zen teaching for me. Bringing Soto and The Diamond Sangha together seemed like a new process.

Again, I thought of ordination and decided to make some plans to find someone in Australia who could help me ordain. It was not easy to find anyone  who could do the ordination. I eventually found James Ford Roshi in the USA who had Soto ordination in the early 1970s and had studied in the Diamond Sangha koan curriculum many years before. James Ford Roshi  came to the Sunshine Coast in March 2020 just before covid-19 and I was ordained with 40 of my friends, family, students and colleagues.

I have explored my path through zen over 45 years and it all seems to have happened so quickly. When I look back at  what I have written it seems I have given you only half of the reasons for  my journey to ordination. Much of my  thinking while writing this short article was so very private and difficult to articulate. What I have written may not answer some questions, but this is my journey. I thought there was nothing to be gained by ordaining in the past because I  felt that I wanted to stay in my ordinary life. But this is my ordinary life. Many of my zen colleagues in SEQ and Northern NSW are already ordained and have encouraged and supported me in my decision. Many have expressed the idea  “If you think you should ordain you should do it”. HOW CAN FOREST WAY ZEN HELP YOU?

Forest Way Zen places emphasis on the ordinary moments of our life and encourages the members to take responsibility for their actions. Students are shown how to examine the relevance of Zen in the 21st century. The aim is to support students to find their own spiritual liberation leading to awakening.

If you’d like to know how to live life with greater purpose, less suffering, and more joy, please contact Forest Way Zen. 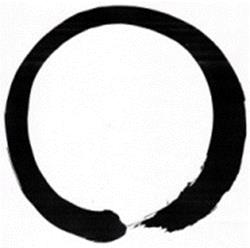 Regular meditation sittings in the Doonan Zendo 2021 are temporarily suspended due to the COVID 19 pandemic.

All of the below sessions are FREE but a DANA (Donation) will help the Forest Way Zen continue to run these events.

IMPORTANT MESSAGE FROM REVEREND DOSHIN KUSANWe have temporarily suspended regular meetings and intensives. Our Sangha has been sitting regularly using Zoom and we are finding our virtual Zendo to be popular and convenient for most of our members. Please contact us if you are interested in joining us. The format consists of meditation, chanting and Teisho (talk by our teacher) when possible.In the future, we plan to resume short retreats for people who are still feeling their way into Zen. These Zazenkai or short retreats help us to develop our deep Zen practice. They help us develop the skills and confidence to attend some longer Zen training.I hope to see you sitting in Zen on some of these days in the future.Warm Regards to all Zen studentsReverend Doshin Kusan

Please feel free to message or email [email protected] at anytime or call 0407114761 Thank you!