The talk today will be about suffering. Buddhism is about working with suffering and finding a way out of suffering. The Four Noble Truths; one of the first talks the Buddha gave after his enlightenment throws light on the real issues of suffering and how to overcome the impact on us. This was the first zazenkai to be held at the Forest Way Zen in Doonan since the ordination on 8th March 2020. We had all been impacted by covid-19 and this was a wonderful day to come together again and sit a zazenkai and see into each person’s eyes instead of staring at a zoom image.

The last 15 months have brought great sadness and suffering to the world. Some countries have been able to avoid large number of deaths and have not had the problem of dealing with overfull hospitals and lack of life saving equipment. Democracies have been some of the best of the worlds countries to control covid-19. However, Vietnam has been the most successful of the communist countries with no deaths.

The most successful of the democracies is New Zealand. Australia was very successful at controlling Covid-19 but started out to control the economics of  the pandemic rather than  to look after the health issues of the Australian population. The treasurer of Australia  shouted out at one early news conference, “ think of the cost.” I think the Governments of Australia  then realized what was happening in this  pandemic and this was not the way to go. But there was much suffering with 909 deaths.

We became listless and more frightened as we  obeyed  all the lock downs and other lifesaving instructions. We watched in disbelief as we saw the USA and the UK and most of Europe let loose the Pandemic on the world. Over 550,000 American  and over 130,000 UK citizens  died. It seemed that authorities of the world strongest countries let people die. Many people refused  to take responsibility for wearing marks and following personal distance recommendations. Many people refused to believe that covid 19 was real and one of my students said it was “ beat up”.

This was a period of  great danger for people. And  I think this brought up a true idea of suffering. There was very little we could do to change things and we had  little control over our lives. The advanced countries of the world seemed to take a cavalier attitude to saving lives.

I also want to position Zen Buddhism  as a way to help people see in a different way when  working with real dread and fear of death. This is a great suffering for us all. I believe that we often try to pretend that we can keep death at bay by not thinking about it. Maybe we use alcohol drugs, sex, or some other kind of habit to avoid our issues of life and death. Do we avoid the question what is life all about, or what is the meaning life? Do we question why am I here? What happens when I die? There are many other questions that we do not deal with as well.

We might become  work alcoholics to avoid being in the “now”.  Do we put off being with our families because we are chasing something that will let us feel peace? All beings die and this is the issue for all of us . We have a misunderstanding of death and zen meditation can help us find the way through the terror of death. This is what the Five Remembrances , say about death,

“ I am of the nature to grow old; there is no way to escape growing old.

I am of the nature to have ill health; there is no way to escape having ill health.

I am of the nature to die; there is no way to escape death.

All that is dear to me and everyone I love are of the nature of change;

there is no way to escape being separated from them.

My deeds are the closet companions. I am the beneficiary of my deeds. My deeds are ground on which I stand.”

Maybe when we first read The Five Remembrances, we balk at reading them because they sound so negative. but as we practice and repeat this liturgy, we become aware of the reality of the verse. We see that we need to find another way of dealing with life and death. When we begin Zen, we see a sense of the impermanence of all things. The more we practice Zen meditation the more we see impermanence and we find that we see into who we are. But we see the impermanence, but we do not want to change, do we? Could we only let go of the idea of being an individual with a gigantic ego and see the connection we have with all the beings of the universe. The connection of being  the whole universe.

Look at the number of divorces each year in Australia, around 40%-50% and it gets no better for second marriages  around 50%. Just so much for control maybe this will be the right person this time. Not many people come through a divorce without as great deal of suffering.

However, we still cling to taking control. Many meditation techniques even suggest  we should take control during our meditation. This directive can become very driven by new meditation  students. It can become a problem for new practitioners.  We almost strangle ourselves with setting goals and plans and taking control. Maybe we go crazy for a while and lose control completely and go wild. That seems some form of control.

Then we go back to be fully in control again. Almost doing the very thing we wanted to give up years ago. Over and over and we seem caught in some kind of “Dependent Arising”. If we are lucky, we stay doing Zazen and then one day we surrender to having no control and we recognize  that we have no control and maybe we start to see who we are. But we do have a little control and that gets us going on ego thing again. But fortunately, we start to see how to  live with a sense of love and acceptance. We see how our controlling is very ego based and destructive.

There is just working with suffering and watching gently how it arises and goes away . When we look at how so much of our early life has conditioned us, we see that much still remains hidden from us and there is much to do. These issues come from our “greed hatred and ignorance” and cause affliction in our life. They slowly disappear as we meditate more. In a sense these issues are hidden beyond our consciousness. The Nirvana Sutra  says,

“All mortals have the Buddha-nature. But it is covered by darkness from which they can’t  escape.  Our buddha-nature is awareness: to be aware and to make others aware .To realize awareness is liberation.”  (R. Pine. P79).

How do we rid ourselves of suffering? There is just working with suffering. We try often and often find we are not ready to give up our suffering. In some ways “my suffering” has been a friend for so long and I have lived it all my life.  It seems absurd  “that we can just let it go”. I know who I am ,and I have tried most of my life to change. And this person who is not an Asian Buddhist has suggested that. It seems this is a cultural thing and I have noticed this issue often in new students of Zen.

Some of my students want to change Zen rather than change themselves as changing themselves, is so difficult. I remember that The Buddha refused to teach his old students who had left him when he gave up the ascetic practices of Hindu tradition  and began to practice the “middle way”. They insisted he teach them. Some students have told me that they will leave the group unless I change the Zen practice to suit the way they see it. I know this is the Ego talking and the last attack on change that is needed in Zen  practice.

This is the time that students might leave or not come regularly, and this is often the time that students try to find a way out of zen. I can do very little but get them to see and  watch this process of ego and pride and fear. I help Them to see  what they are doing at this very moment  and to help them do more meditation. I help students to commit to practice. There are many ways we can practice Zen, and it is not only when we are meditating. So, this is just being with the practice. It is becoming  Zen. 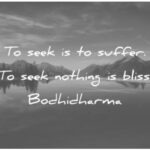 Author Reverend Doshin Kusan Suffering, Sadness and Anguish  21/3/21 The talk today will be about suffering. Buddhism is about working with suffering and finding a way out of suffering. The Four Noble Truths; one of the first talks the Buddha gave after his enlightenment throws light on the real issues of suffering and how to […] 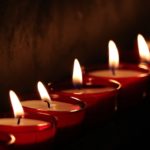 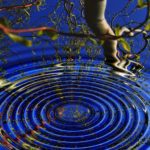 “The Five Remembrances” Foreword by Ku San The “Five Remembrances” are part of the liturgy of Sotoshu Zen. It is recited during the daily liturgy on sesshin and zazenkai and at our ordinary brief sitting days at Soto Zen temples. The English translation is very direct yet provides an understanding of the true nature of […] 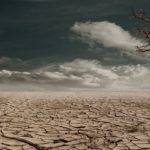 Author Ku San Roshi,  Forest Way Zen A Paper on Zen Buddhism, Ethics and Ecology: One Person’s Look at the World of Change Needed to Find Solutions to Climate Change. This is a paper on my struggle to find a way out of Climate change, something that will allow me to make my decisions based […] 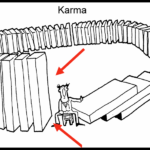 Author Barry Ku San This paper is not intended to be definitive in its treatment of the concept of Dependent Arising. Much of what you will find here comes from my own experiences during meditation and I have written this paper to help people new to Zen to begin to understand how they are trapped in […]